Kota is among the most exotic tourist destinations of India. Located in the largest state of India-Rajasthan, it has the ability to draw a humongous crowd of tourists throughout the year. The magical city is known for its hand-woven sarees throughout the country and is home to the massive and alluring City Fort Palace.

It is one of the most beautiful and captivating creations crafted during the 17th century by the eastern side of the Chambal River, right next to the Kota Barrage. Special palace tours are organized for only a visit to the entire Fort-cum-palace-a treasured property in Kota.

The History of the City Fort Palace

Although the historical association of the largest fort of Rajasthan is not very clear, but it has been discovered that it was created by the Mughals but later on came to be ruled by the Rajputs, as is clear from the collection of weapons displayed in the interior Museum of the fort, named after Rao Madho Singh. Most of the historical description about the place is attained from local tour guides and the localities of the city, as barely any written historical preservation is available about the place.

But there are several photographs within the museum that provide an excellent pictorial description of the history associated with the fort. The images also are proof to the dominance and consequent fall of the British rule in India along with the role played by the Rajputs to ensure the decline of the British. The city palace fort is surely an excellent place for the connoisseurs of historical buildings and creations. 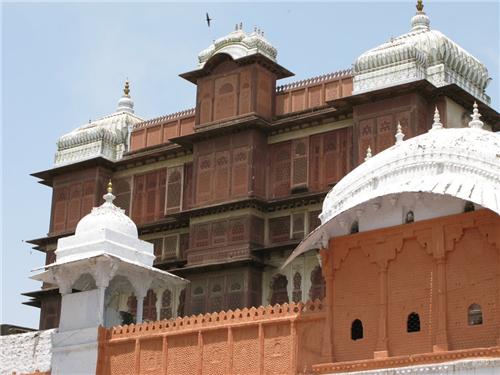 The Tour of City Fort Palace

A special tour with an assigned guide is available to every tourist or group of tourists that intend to visit the largest and one of the most exotic Fort Palaces of India. The tour not only helps comprehend the entire structure and architecture of the fort but it also enables tourists to have a look at the different memoirs that represent the fort’s historical association.

The entrance of the fort is referred to Hathi Pol referring to ‘Elephant Gate’ or Naya Darwaza which refers to ‘New Door’. It is an elephantine entrance, which actually inspires the first name of the door. The whole fort has a furrowed appearance which actually gives off the age of this massive historical monument. But in spite of that the palace has its royal glory intact and exudes the essence of architectural genius found during the Mughal era. It is surrounded by a number of arches and domes with embellishments and beautiful paintings on the wall. It has a huge and gorgeous hallway that used to be the welcome area for a massive audience with small mirrors attached to the ceiling. 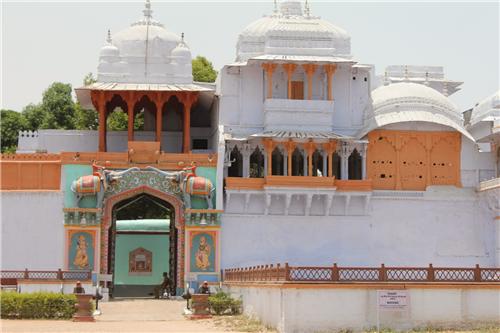 Another attraction of the fort is its well-preserved museum, which is the abode of numerous weapons belonging to the Rajputs and even the Mughal rulers. There are armors, hand-crafted and designed knives, some gorgeous emblems made out of silk and an excellent collection of photographs depicting the rule of Rajputs, their contribution in making India independent, alongside the persuasion that the British had in making this clan such unforgettable warriors.

The tour ends up with a view to one of the largest courtyards situated within a palace and a spectator can actually imagine a hoard of horses and elephants with infantry standing in that courtyard.
The maintenance of the palace is quite poor and requires renovation, in spite of which the eerie, calm and exotic feeling associated with a Tour of the City Fort Palace of Kota is just amazing. Photography is prohibited within the premises, yet it is worth a trip due to the sheer experience you are likely take home with yourself.