Though being not very large but Kota is counted among the important cities of Rajasthan. Over the years it has gained repute for being an industrial hub as well as educational centre in the country. Kota sees thousands of visitors who travel from different corners as well as the country. The influx of the local population as well as huge number of visitors has encouraged this city to develop its health facilities. 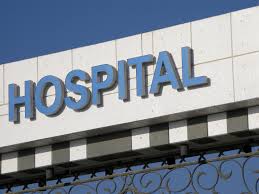 To improve health care in Kota the local government and the city authority both have taken initiatives.
Many medical colleges and hospitals have been constructed over the years. Alternative medicines like Ayurveda and Homeopathy have also been given importance. There are many primary health care centres, Allopathic physicians and hospitals, hospitals for Homeopathy treatment, indigenous Ayurvedic hospitals, Unani medicinal centres along with private hospitals.

Details about some of the hospitals in Kota is provided below.

This is counted among one oldest hospital in the state of Rajasthan. Previously this was Kota district hospital which was controlled by the Director Medical and health Services, Rajasthan. But as of now it is a hospital which is attached to the Government Medical College. This hospital occupies a large area. Along with the main building housing the hospital there are many others that provide facilities such as a blood bank, a central laboratory, a mechanical laundry, a mortuary, an incinerator, a CT scan centre, PG student’s hostel, a hostel for the nursing students and also staff residential accommodations.

Location: J.K. Lon Hospital is located inside the MBS Hospital campus but has an entirely separate system of administration operating and controlling it.

It is headed by the Medical Superintendent of the hospital. The hospital was established in 1972 and the foundation stone was laid by Mohan Lal Sukhadia ji.  J.K. Group of Industries donated the building where the hospital is housed. Over the years the hospital has extended itself to keep up with the growing needs of the people.

At present the Gynaecology and Paediatrics departments offer their services in the hospital. The hospital has a 24 hour emergency service and there are 38 doctors and 115 nurses offering their services here. There are 307 beds here to accommodate the patients.

It is a comparatively new hospital which has been functioning since 2008. It is still under development and is supposed to be offering 1000 beds for the benefit of the patients. The building will house about 30 wards, one unit of ICU/ICCU. The operation theatres will be 17 in number and there would be a separate block allotted for investigations.
Address:
Ganesh Nagar Road
Rama Krishna Puram, Kota, Rajasthan 324010

This is a multi-specialty and tertiary care hospital. The hospital tries to focus towards providing continuous and improved service to the people living in Kota. There are expert doctors and trained professionals to look after the patients. Department of surgery, obstetric paediatrics and gynaecology in this medical centre provide services to the patients.
Address:
10A Talwandi, Kota 324005
Rajasthan
Contact no.: 0744-3015000, 5001
Enquiry no.: +91-93518-38005

Other Hospitals in Kota

Apart from those mentioned above, here's a list of other hospitals in Kota city, provided for your convenience: