The historical city of Kota is quite close to the beautiful Chambal river, that makes the city equally beautiful and an important tourist destination, where people visit from all over the world. Kota boasts of a rich history and thus has much to reveal about its glorious past to the tourists. Apart from important monuments, there are museums which have a great collection of heritage items which stand as a testimony to the magnificent past. There are collections of sculptures, paintings, weapons, coins to tell tales of the place and its rulers.

While in Kota do not miss out on the old age charm and do remember to visit the museums in the city. The museums are well maintained and offer some amazing assortment of artifacts which are worth taking a look at.

This museum got its name from the name of the son of its first ruler. With fantastic sculptures and  many art and craft items placed in the museum, it attracts historian because these unique objects belong to the  royal families of Kota. 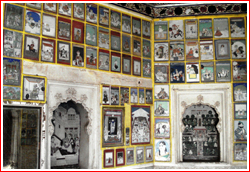 While in Kota the Maharao Madho Singh Museum is a place to be surely visited. In an effort to preserve the cultural heritage and the architectural splendors many of the city palaces have been transformed into museums. The museum was a former palace where the rulers of Kota resided. The old magnificent palace has been converted into Maharao Madho Singh Museum. It is said to be the most amazing of museums in Rajasthan, displaying royal treasures of heritage and glory in the entire princely state.

Attractions in the Museum

The exquisite frescoes, attractive ancient sculptures, figurines and murals present an amazing collection. The section displaying armory of the museum is astounding with different varieties of arms like knives, swords, bows and arrows, rifles, pistols among many more. The museum also displays some creative items which were used by the former sovereigns of Kota.

A major attraction of Maharao Madho Singh Museum is the fantastic collection of miniature Rajput paintings which belong to the Kota school of art. While glancing through the exhibits of Maharao Madho Singh Museum one gets to take a peek into the wonderful splendour and history of the place has to offer. The museum remains closed for visitors every Fridays and also on holidays which are declared by the state.

Location:
The  Rao Madho Singh Museum is situated in the old Kota Palace. It can easily be reached by taxi, bus which run locally or a rickshaw.

The museum mirrors the rich cultural heritage of the Rajput rulers as well as art and cultural inheritance of the state.Kota occupies an important position in Indian history, as it was once a part of Bundi, the well known Rajput kingdom. 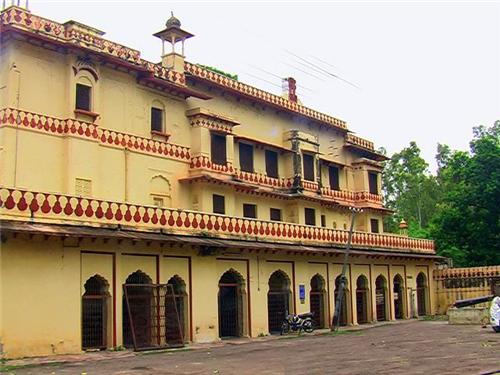 Attractions in the Museum

The Kota Government Museum has a wonderful and exceptional collection of artifacts that remind us of the long-gone era. The magnificent collection of items includes sculptures, manuscripts, seals, rare coins and a unique set of Hadoti sculpture. Among all its exhibits the sculpture from Baroli attracts the most attention in the museum. This beautiful statue is gracefully carved out and is significant because of its historical value.

Location: The Kota Government Museum is located inside the Brijvilas Palace near the Kishore Sagar.

Open Days:
Saturday to Thursday
It is closed on every Friday and Government holidays.

Photography is prohibited inside the museum. However there is a provision of getting permission from the Director of Archaeology and Museums, Jaipur.

Explore more about Culture of Kota