Kota railway station, which is an important station on the Delhi-Mumbai main line, belongs to West Central Railway. This station is connected to most of the major cities in Rajasthan and outside the state and is also the main entrance way for Ujjain, Indore and Jabalpur. Kota Junction railway station is the headquarters of Kota division of West Central Railway Zone and it is the only station in the state followed by Jaipur and Ajmer. Kota district has total 148.83 km of railway line. 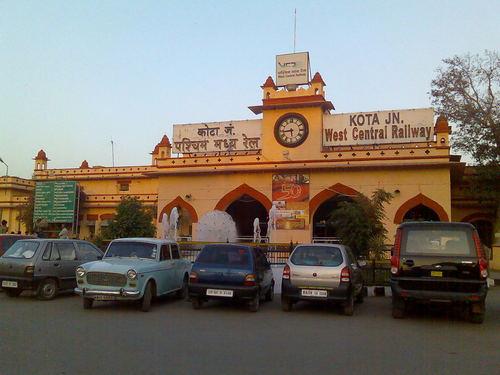 Train services from Delhi to Kota
There are 27 direct trains between New Delhi and Kota and the major ones among them are Mumbai Rajdhani, Bdts Garib Rath, Ag Kranti Rjdhn, Nizam Bdts and Trivandrum Rjdhni. The highest train fare between Delhi and Kota is Rs 677 for Mumbai Rajdhani, while the lowest rate is Rs 152 for Kota Janshatabdi.

Besides the above given trains, you can also get many train services that runs between the other major cities like Bangalore, Chennai and Mumbai etc to Kota.