Rao Madho Singh Museum popularly known as Maharao Madho Singh Museum adds to the grace of Kota city. The museum, which is located in Old Palace of Kota, has a rich collection of numerous attractive ancient sculptures, miniature paintings, mural painting, royal armory and frescos. Numbers of tourists including historians visit this museum to see the collection of museum like articraft that belongs to royal and once used by Kota rulers, as they throw light on the glorious past of Kota rulers. 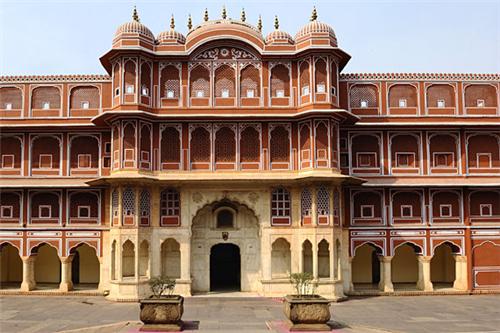 History of Rao Madho Singh Museum
During the 17th century AD when Rajasthan was under the reign of the Mughal Emperor, Jahangir, Rao Ratan Singh, who was the ruler of Bundi, passed on the Kingdom of Kota to his son, Rao Madho Singh. As Kota was by the river Chambal, it was easy to navigate. During the rule of Rao Madho Singh, the trade and commerce of Kota developed much and it became a significant town. It was Rao Madho Singh, who built the city fort palace that has been converted into the museum now.

Attractions in Rao Madho Singh Museum
When the fort palace of Kota was converted to museum, all the interiors as well as furniture, the weapons and the firescoes in the palace have remained the same. Any item that is imported from any other museum or any other excavated site cannot be seen in this museum. As all the items are arranged chronological order of the era and the particular period to which it belongs, visitors can easily make out the period in which the items were existed.

You have to cross the Hathian Pol, which is the enormous gate of the Kota Fort Palace, to enter the museum. You can see an ancient canon at the gateway and the elephants painted on either side of the gate. The silver royal pipes kept in the palace remind you the royal life the people of that time used to live. The walls of the museum are decorated with miniature paintings and photographs. The antique furniture and the sculptures kept here also attract the visitors.

The firescoes and the typial Rajasthani mirror works or glass work found on the huge portions of the walls of the museum are really breathtaking. Some amazing paintings of court scenes and hunting expeditions can also be seen here. The Raj Mahal of the palace turned museum has a collection of royal armoury including the knives and guns with wood carved designs that silently echoes the tales of valour. The palace has a few more mahals in the upper floor named Chhatri Mahal, Laksh Bhandar and Arjun Mahal. These mahals, where the entire royal treasury used to be stored, have been turned into galleries.

Rao Madho Singh Museum is open to visitors from 10:00 am to 5:00 pm on all days of the week , except Friday and all other state holidays. The entry fee is Rs 20 for Indian tourists and Rs 50 for foreigner tourists. You have to pay Rs 50 for using still camera inside the museum. The charge for video shooting inside is Rs 75.

How to reach to Rao Madho Singh Museum
As the museum is located at a convenient location, it is easily accessible from different areas of the state. You can easily reach the museum by local bus, local taxi or rickshaw. Articulate and deluxe buses conduct services at regular gap from Jaipur to Kota by Tonk, Devli and Bundi and it takes about five hours. Rao Madho Singh Museum is just 7 km away from Kota Airport and is just 9 km away from Kota Railway station.

Rao Madho Singh Museum, which throws light on the glorious past of Kota rulers, is one among the best museums in Rajasthan. It is sure the rare collection of gorgeous palanquins and antique furniture in Rao Madho Singh Museum takes you to the world that existed there 389 years ago. When you enter the Kota fort Palace, the remains of the royal grandeur with all it’s amazing artifacts really will thrill you.